As much a house party as it was a comedy show, Super Dope combined the legitimacy of late-night stand up with the debauchery of the Haight-Ashbery Acid Tests. It was immediately embraced as a "safe space" for counter-culture community in the Dayton area. If you 'get it', why not meet up with some like-minded folks and laugh about it?

The show was originally held in the living room of a 400 sq. foot apartment. However, as Super Dope rose in both popularity and attendance, it quickly outgrew the space. The show began to move around the Dayton area, housed in the smoke-filled living rooms, basements, and garages of any kind soul willing to host 20-50 hippies for the evening. There was a certain honor to hosting Super Dope; it made one feel as though they were an intergral part of something bigger. One felt they were doing their part to keep a movement alive. 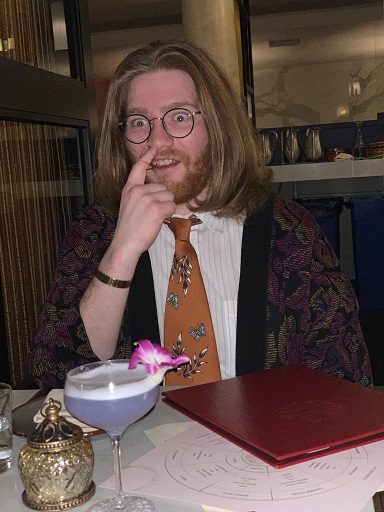 Host Dan Sebree, taking a break from working on his flat-tax proposal.

It was during this "Rolling Thunder" era of the show that Dan began to envision the "Super Dope Comedy Festival", a multi-day showcase of counterculture comics from across the country. In the fall of 2016, this dream became a reality. Super Dope - which started with eight comics in a one bedroom apartment - now had an annual four-night residency at Wileys, the oldest comedy club in Ohio. At the time of writing, there have been three Super Dope festivals in Dayton, each bigger than the last. 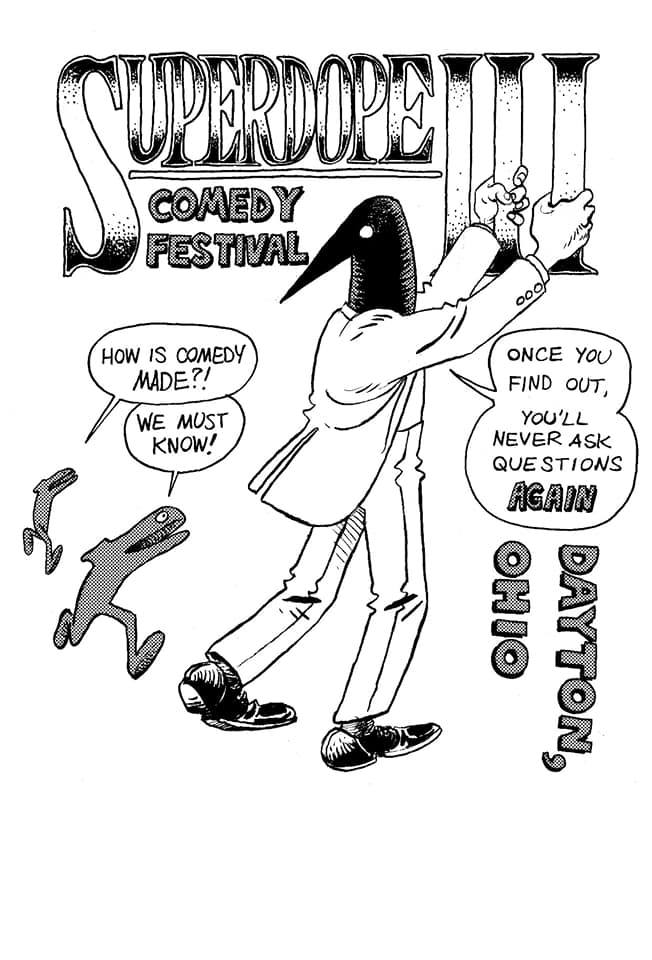 Due to the COVID-19 pandemic, the house show and festival are currently on hiatus for the foreseeable future... but who knows when the next one might bubble up? 2020 is the year of the unexpected, after all.